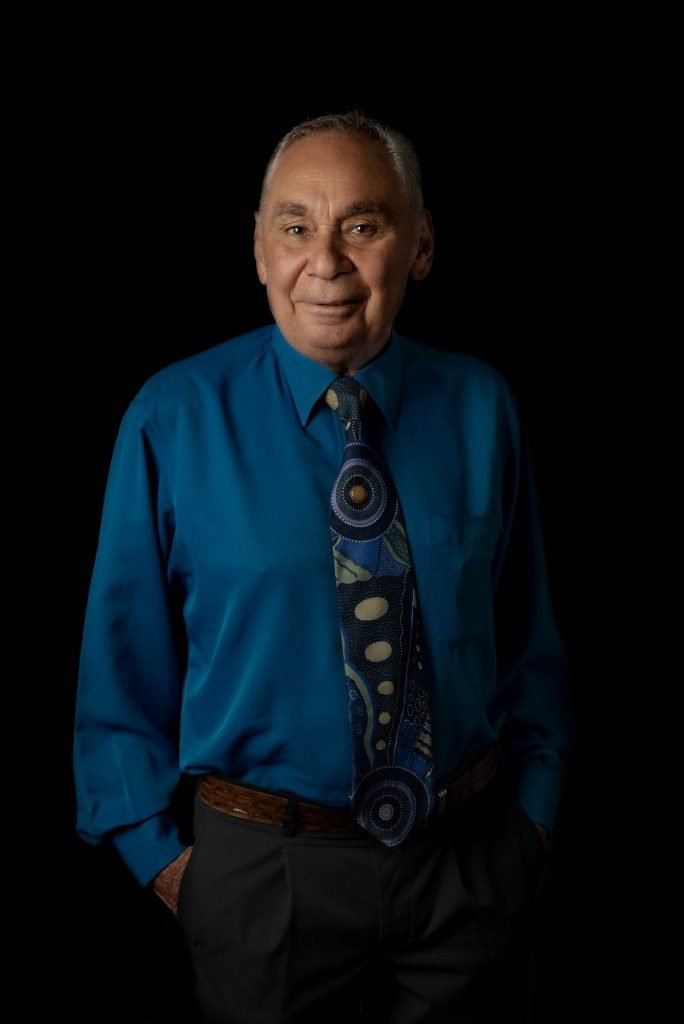 I’m a proud blackfella. Hold your head up and be proud. Never be ashamed of where you come from and of your culture.

I was born in Subiaco in 1944 and we lived in West Perth and Subiaco when I was a child. My father, Albert, was from Ireland, and he worked as a tram conductor. My mum, Ruby Clinch, was Yamitji and was born in Wiluna. She was taken away and put into Moore River Native Settlement when she was three months old. She never reunited with her family but I did go back there when I was 65 and it was a good experience.

I’m a wood machinist-cabinet maker by trade. All my children have got a trade. When I did my apprenticeship, I stayed seven years and became a foreman. Being Aboriginal it was hard to get a job and I used to get called a few names. Now I’m on the Local and Regional Co-Design Group for the federal Minister for Indigenous Australians, Ken Wyatt. I’m an honorary Elder for Telethon for Kids. I’m involved with City of Perth, Fremantle and Armadale, as well as Richmond Wellbeing and Looking Forward. People say I should be retired but that’s a swear word for me!