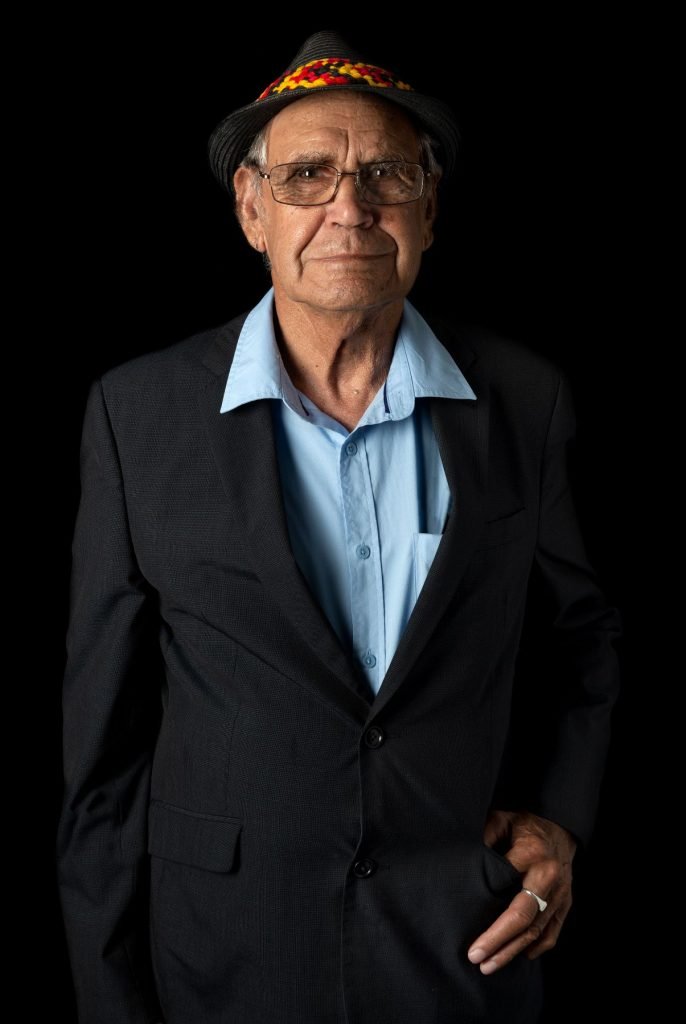 I was born in 1938 on the old Walebing Reserve, in between Moora and New Norcia, where a lot of our people were born those days.

I remember we had a big bush camp at Bayswater in the 1940s. We were happy times, it was hard times. We used to get our water from the creeks that run past. There was plenty of leeches.

We would all share our last bit of damper and kangaroo and we’d go hunting for fish and turtle. When Dad had no work, he went and cut props for the clothes lines for ladies for two bob, and make bush brooms. We’d have fun around the fire, singing, telling stories about the Dreamtime.

If the Native Welfare came, police came with them. And we’d all run through the bush. They’d have a job to find us. And you know, some escaped and some got caught. And I finished up getting caught. I was taken to New Norcia and then Moore River Native Settlement.

Later, I was in the Aboriginal Catholic ministry. I worked with the late Father Tiernan for twenty years or more, visiting people in hospital, and helping people get sober.

I do Welcome to Country, I’m on the Deaths in Custody Watch Committee, and in 2013 I got the Order of Australia for my work for Aboriginal and Torres Strait Islander rights. I was also on the Board of HALO, which supported Aboriginal boys and girls in developing leadership and skills, including taking kids out to Rottnest Island. They sit down, listen to me like we done around the campfire. No time to retire.