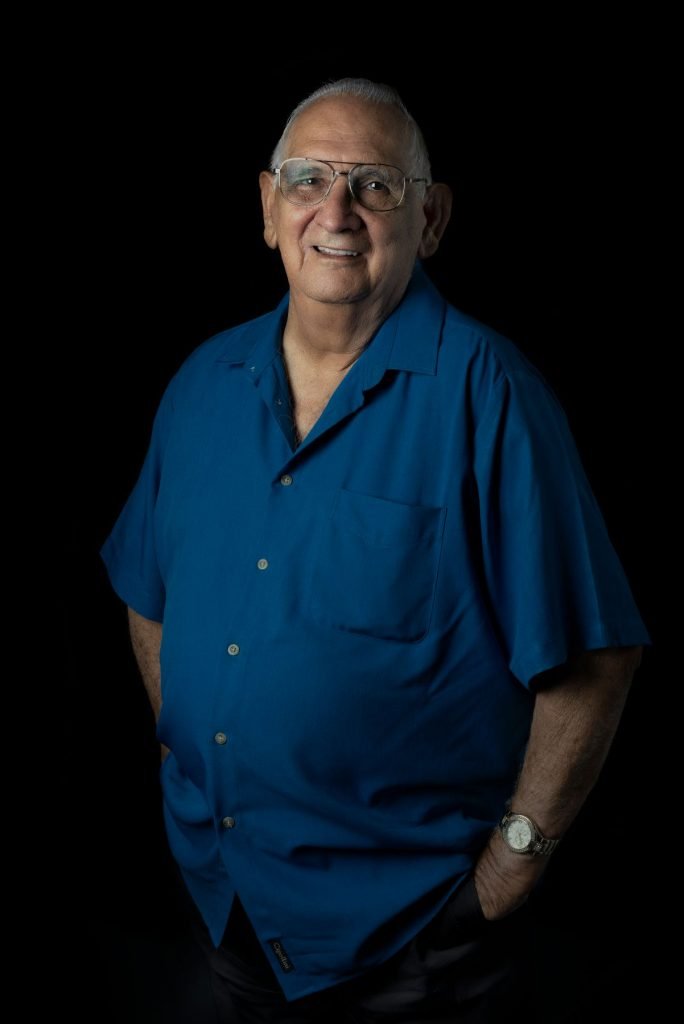 I am proud of becoming an author. Books are important because no matter what hurdles we have gone through we can still write about these things. Words in print are powerful. We can hold our head up and walk proud.

I was born in Derby in 1937. Mum was Aboriginal and Stolen Generation. Dad was born in Busselton and we thought Dad’s family was white. Being somewhere between black and white, I felt not white, not black, not wanted.

Mum was taken from family when she was three and raised at Beagle Bay Mission. She was from the Jaru People of Palm Springs near Halls Creek. Mum would not talk about her past so it was not until Doolann Leisha and I married, that Doolann Leisha encouraged and supported me in researching my Aboriginal history and in finding many of my family members.

As a child, we lived in the Kimberley, in Derby, then Charters Towers in Queensland, and finally near Dad’s relatives in Kellerberrin. I qualified as a painter in Kellerberrin, and my last three years of painting were for Channel Nine and 6KY. I have worked as a stockman, a drover and horse breaker across the north of Australia. I am also a poet, author, youth worker, storyteller, singer and songwriter.

I was the NAIDOC male Elder of the Year in 2001 and 2016. I am especially pleased that since 1987, through our organisation Aboriginal Urban Services, Doolann Leisha and I have helped many young people caught up in the Justice system to turn their lives around.