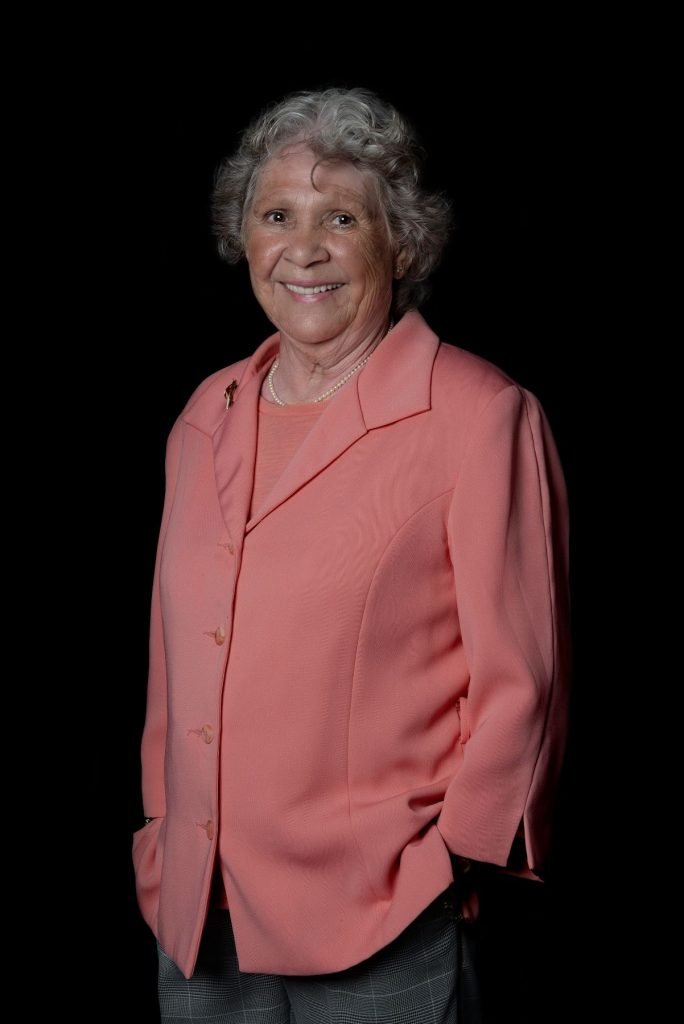 In 1940, my grandmother, and eight of my uncles and aunties were put on a boat from Carnarvon and brought down to Perth and put into Moore River Settlement. Mum was expecting me so she wasn’t sent on the boat. When I was born she followed her family down to Moore River Settlement. I was there until I was nine, when the Settlement became Mogumber Methodist Mission. All the Catholic girls, including me and three of my aunties who were about my age, were sent to Wandering Mission.

After a few years I wouldn’t go back to Wandering Mission after Christmas. Mum had to fight the Native Welfare and Dad lost his job at Mogumber Mission for not sending me back. My family lived on the Moora Reserve and that’s where I learned to dance.

I met Albert at the West Perth Markets. I worked in the butchers and he worked in another part of the markets. We used to go to the hop – jiving – not far from the hospital every Friday night. We went to the Embassy Ballroom on a Saturday afternoon. Then Sunday night cheap movie night.

Albert and I were married in 1962 in the Registry Office in the old government buildings in Perth. At first, we lived in Hay Street, three stories up with our son. You had to walk right downstairs to put a penny in the gas in the kitchen.

I worked for the Education Department for 28 years, first as a teacher’s aide in the kindy, then as liaison in head office, travelling everywhere to help teachers understand young Aboriginal children.