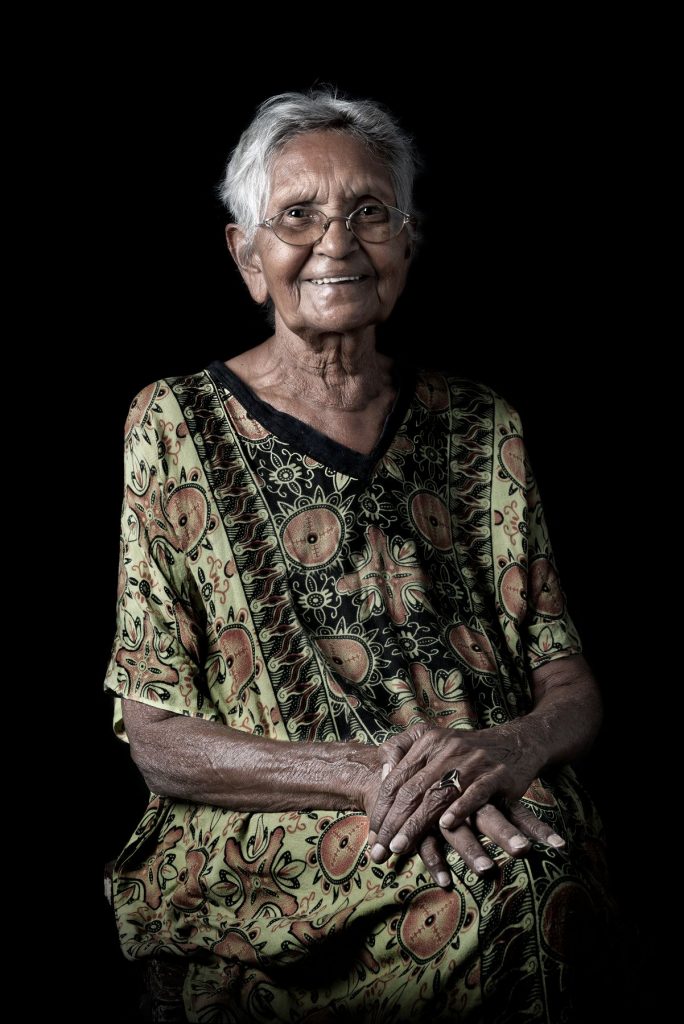 My main passion is basic human rights for Aboriginal people. When I was younger, racism and discrimination were in full force and the Native Welfare Department called all the shots. Now, Elders and other Aboriginal people are very strong and we work for Aboriginal lore and culture for the generations to come.

I was born in Narrogin in the Great Southern in 1944. My nickname was Moogeddy. When I was 16 I received a scholarship to study office management at the James Street Technical College in Perth, and in my second year studied art as well. Afterwards I went back to Narrogin and worked for the Native Welfare Department as at the time no-one wanted to employ Aboriginal people. Frustratingly though, I was not allowed to look in the Native Welfare files and see what was written about my own family.

Due to family problems, I cared for my siblings, but then Native Welfare had them committed. I was only allowed to choose where they went and picked Sister Kate’s rather than have them sent to a mission.

I transferred back to Perth with the Native Welfare Department, then trained as a nurse, which I didn’t really want to do, especially out of my country in Kalgoorlie. I got married and had four boys. We lived in Geraldton for twenty or thirty years and some of that time I was a single parent. I worked in communities with the Public Health Department. At the time, Public Health wasn’t catering for the Aboriginal community so I was involved in setting up Aboriginal-community-controlled medical and mental-health services, first in Geraldton, then in Broome.