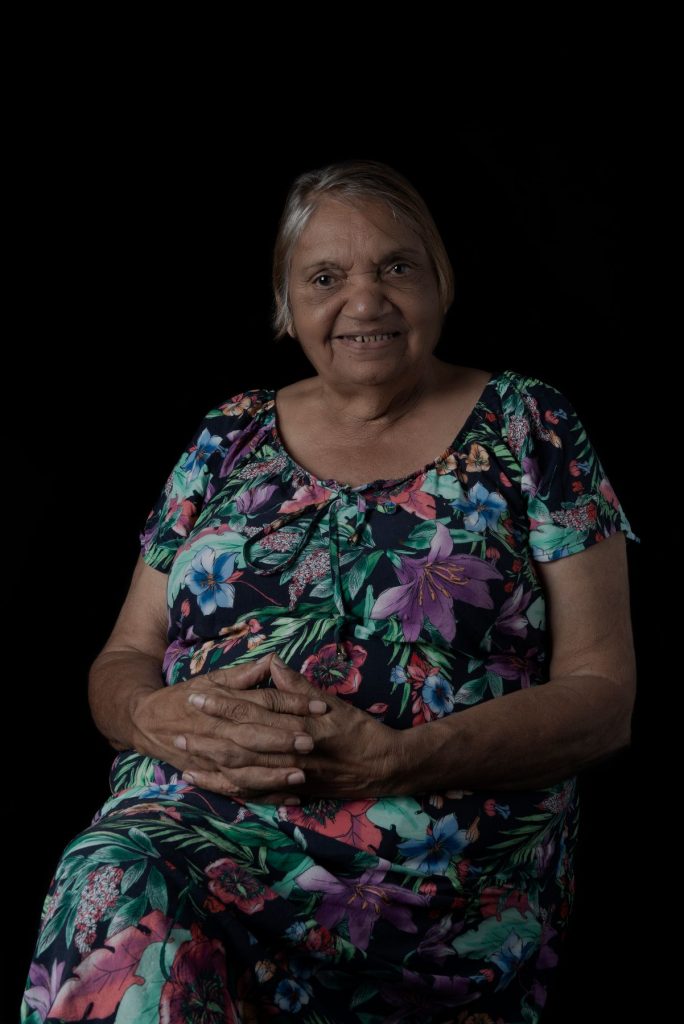 I was born in 1941 on Ballardong country and I found out later my family also belongs to Whadjuk. I was born in the bush when Nyoongar women were not allowed in hospitals. I grew up with my nine siblings, and parents John and Gladys Blurton nee Bandry.

I went to York State School but there were no high schools so I left after Year 7. To help support my family, I worked on the farm - doing housework with some of the ladies - in the shearing shed – and I drove the tractor as a 12-year-old. I loved playing sports, including hockey, basketball, netball, and even football.

My old Pop told me lots of stories; he used to talk about the Nyoongar stories about where we were allowed to go or sacred sites that we weren’t allowed to go to. I used to go dancing at the Coolbaroo dances with my sisters - at the Perth Town Hall and in country towns. All the girls would turn up in their pretty clothes.

When my parents moved down to Perth, I came down too and got a job washing and packing cool drink bottles for Mexi in Inglewood. When I was out nightclubbing with my sisters, I ran into my husband. We got married, and had three children, three grandchildren and five great-grandsons. My aim is to achieve something for them so they can have better schooling than I had. My community work includes 20 years at Anawim Aboriginal Women’s Refuge, I’m a foundation member of Yorgum, and of the Nyoongar Embleton Catholic Church, and honorary Elder co-researcher for Telethon Kids.

I will be turning 80 next year.