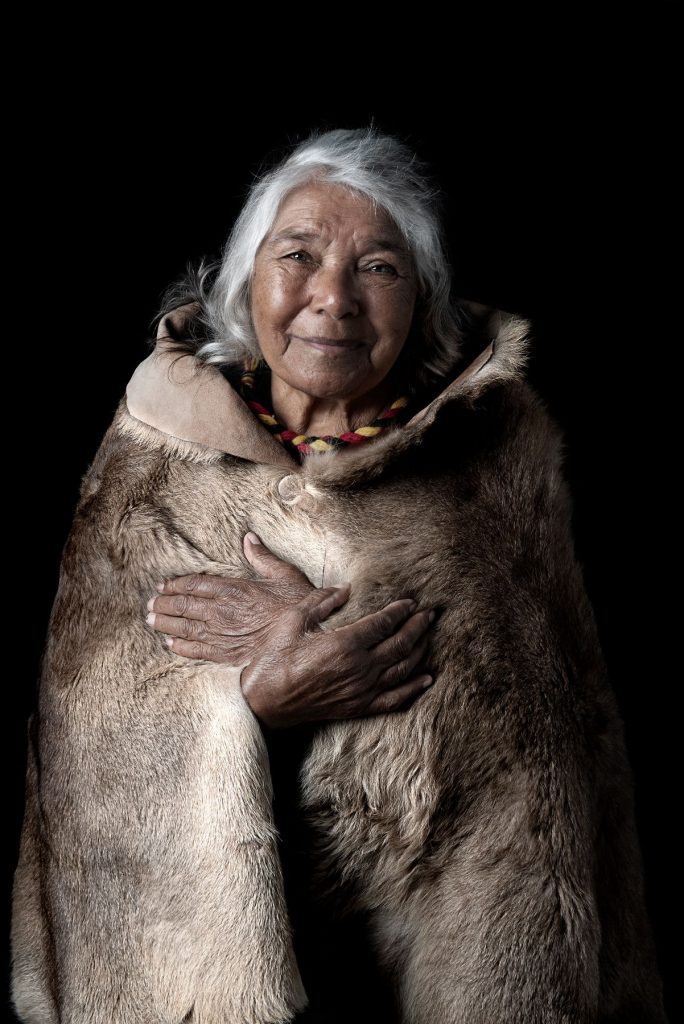 The booka shows our real history in the days before the pioneers. I like to show people that the booka was our main use of being warm – put them on the ground and cover them over the bed as well as wearing it.

My mother’s country is Perth, Wadjuk country and I’m proud to be following in my mother’s footsteps. Her great-grandmother is Tulbak. That’s why I lived most of my life here. Ballardong country is my father’s home.

I was a stolen generation child and I was taken to New Norcia. We were the workers at the mission, never got any education. Olive picking, grape picking, laundry was a full-time job. At the age of 16 when we had to leave there, I was like a street kid for a while until one of the girls took me to Bennett House. One good thing they gave us when we left the mission was nice clothes and shoes and handbag.

I never found my mum until I was married with my family here in Medina, when we had a home. She was saddened that everything was taken from her – children, husband left, home, but she was also blind. When she found us, she said, “God was good to me”. All my brothers was here too when they left the mission and had nowhere to go.

I’m a writer and an artist. I’ve been to just about all the schools teaching our culture and way of life and survival in the bush. I’ve got a great family too. They are all working and I am proud of them because with the work they do and the life they live was my dreams but it’s all coming true with my children.